The Worst Dating Advice Ever: 6 Tips to Never Follow

The Worst Dating Advice Ever: 6 Tips to Never Follow 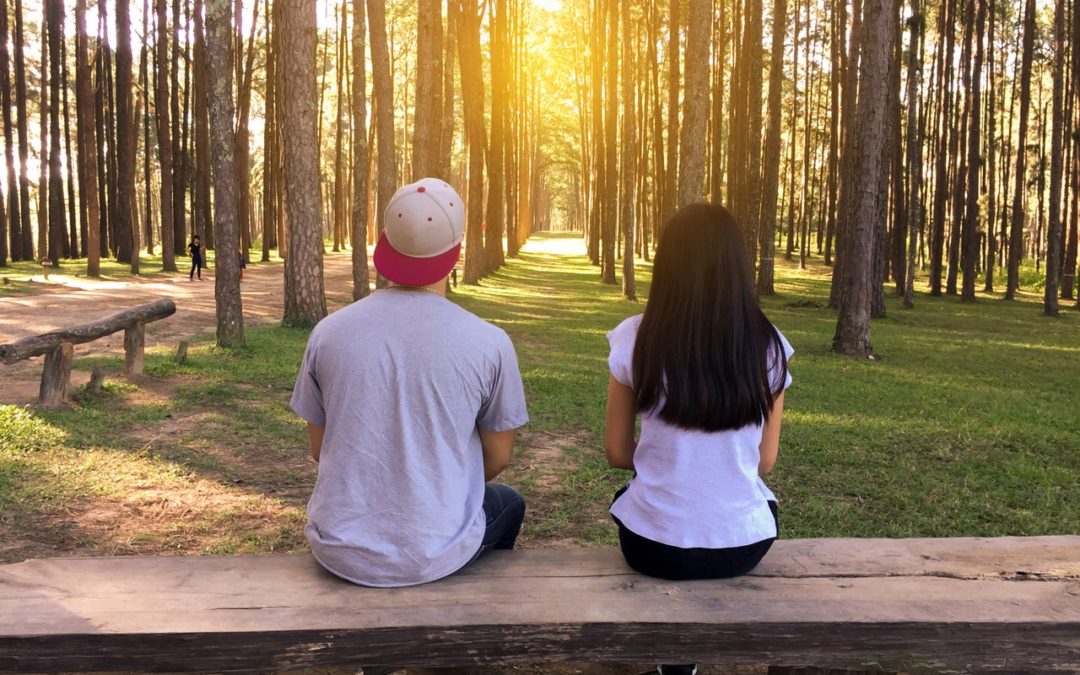 The ugly truth about the dating advice game is there are relatively no barriers to entry. This means anyone can wake up one morning and decide “I’m a dating coach!” Then they create a flashy website and start offering their services.

The problem is the average reader doesn’t know whether anyone is worth their salt, so they end up taking their advice (sometimes to their detriment). When I first meet with clients, they often ask, “But have you seen so-and-so’s videos on YouTube? They say something different.” Most of the time, I’ve never heard of this person, but because they have a platform, the impressionable people watching it take their word as gospel.

Not all advice is created equal. All advice, including mine, is subjective, but that doesn’t mean there aren’t good and bad advice givers. Both DatingAdvice.com and myself strive to give the best possible advice and want to help you learn what to avoid. Here are the top six worst tips out there that you probably shouldn’t be following.

Many articles and people instruct guys to tell women what to do. One particularly bad article made the rounds last summer. You can find some reaction to it here. Basically, it said if you see a girl with headphones on, tell her to take them off so you can talk to her. Another common one is “You’re so pretty — you should smile more!”

If you want to win someone over, it’s best not to be bossy. Don’t tell people you don’t know to smile or take off their headphones just so you can talk to them.

First off, telling a stranger to do anything is not cool. How would you feel if some dude on the subway told you to put your phone down? You’d probably give him the one-finger salute. Another reason this advice is bad is it assumes the woman is there for your pleasure and, if she’s not optimizing herself, it’s your job to fix that.

Everyone is entitled to act and be however they want without unasked-for orders from weird dudes. Sometimes you just have to pass up a chance to be, well, a good human being. If you need to do something, smile big and nod at her. Then maybe she’ll take her headphones off on her own.

This piece of advice is usually given to women. In a recent article titled “Why You Should Refuse to Lower Your Standards 100% of the Time,” the author goes on at length, with much capitalization and exclamation points, about why you never settle and you’ll always regret it if you do.

First off, “never” and “always” should be stricken from the dating vocabulary. They are too hard and fast. Secondly, there’s a big difference between settling and having realistic expectations.

Lori Gottlieb was, in my opinion, wrongly maligned for her book “Marry Him: The Case for Settling for Mr. Good Enough.” In an interview with us, Lori clarifies, “‘Marry Him’ doesn’t advise people to lower their standards at all. It looks at the scientific research on happy, lasting relationships and asks people to widen the pool of potential mates they might fall in love with based on what really matters for romantic happiness and what doesn’t. You absolutely have to be completely in love with and attracted to your partner, but you may not meet that person if you’re too narrowly focused on the wrong things.”

Prince Charming and Snow White are fictional characters, and if you’re waiting around for one of them to sweep you off your feet, you’ll be waiting a long time.

I usually put a mental asterisk around this dating tip because it needs clarification. Yes, the advice on its face is good, but in practice, what it amounts to is holding on to unrealistic and perhaps outdated expectations without wanting to compromise. I call this the Disney Effect. Basically, some women feel that a perfect 10 (not a 9.5) is out there and is going to sweep them up off their feet without any effort on their part. There is no perfect 10, and if you hold on to that mentality, you’re going to miss some great guys.

I’m not advocating to throw out all of your wants and needs — just make sure they’re realistic. For instance, a recent matchmaking colleague lamented the fact that her 5’6” female client told her she would not date anyone under 6 feet because she had a closet full of killer heels she wasn’t willing to give up. Another woman making $60,000 said she wouldn’t date anyone making less than $100,000. These are arbitrary things that have nothing to do with attraction or being a good mate.

Now, before I get a lot of nasty emails from women saying this is just not right, how would you react to a man who is 300 pounds, lives in his parents’ basement, works part-time, and dresses only in black telling you he’ll only date super hot, super thin women who make more money than he?
Would you tell him never to settle and to hold strong to his expectations? Probably not.

3. Play Hard to Get/Don’t Reveal too Much

This one annoys me so much. There are many versions of this, but I want to focus on “The Rules,” the book that set feminism back 20 years. Jezebel.com agrees, calling it “sexist garbage.” Here are a few gems:

Is your head steaming yet? Unfortunately, thousands, if not millions, of women attempted these rules and ended up alone like the divorced author. Life is short, man. I don’t have time to deal with someone who is purposely trying to be difficult, taciturn, and closed off. One should be busy having a fulfilling life, and thus it might take a few calls to nail down a date, but not just because you think you need to.

It’s 2017, and people are over old dating games that supposedly work. Be upfront about who you are and what you need from a date or partner — that’s what people want.

Yes, the first date or so should be lighter and more entertaining and not the time to drop all of your baggage. But if I’m not getting any enthusiasm, or someone is just brushing off my getting-to-know-you questions, then I’m moving on to the next date.

4. Compliment Her a Lot/Keep Asking Her Questions

Here’s another one for the guys. We hear this kind of advice all the time. Here are a few examples:

Let me start unpacking this. Yes, compliments are a nice thing but only if they’re sincerely given with no agenda. Many men reading this advice think if they just keep throwing compliments at a woman, they won’t have to work on getting to know her or showing her who they are. Women know when you’re full of shit and just saying something to butter them up. It comes across as disingenuous and pick-upy.

Definitely go ahead and compliment her, but tell her why you’re complimenting her. “That’s a beautiful dress! That color of blue reminds me of the ocean, which I love visiting.”

No one likes an ass-kisser, so your compliments should be genuine, and you should explain to the person why you’re giving them the compliment in the first place. Photo source: Pinterest.com.

Now about the asking of questions. We know women are generally more communicative than men, but this false advice of “keep her talking, and she’ll love you” is just a fallacy. Yes, we should all get to know each other, but it should be because we are interested — not just because it’s what expected of us.

One of my female friends told me about a date she went on this week. He kept saying to her “So tell me more.” No matter what they were talking about, it was “So tell me more.” He obviously memorized something he thought would work and just repeated it ad nauseum. Needless to say, there was no second date.

5. It’ll Just Happen/Just Be Yourself

This is my all-time (anti)favorite worst dating advice. This is usually given by well-meaning mothers, sisters, friends, and exes. If I wanted to learn another language or job skill and was told “Don’t worry; it’ll just happen,” how stupid would this advice sound?

Yet this piece of advice continues to be given, for the most part, by women. I have never heard a man say to another man “Don’t worry, man. Just keep being yourself, and it’ll happen.” My thoughts are women are more supportive of each other, while men are more outcome driven.

Regardless, nothing will happen if you don’t help yourself get there. If you’re still single and being yourself isn’t working, better yourself instead. Pick up a new hobby, meet some new people, have fun, and explore life. Then, while you’re being your better self and not obsessing over dating, you’ll attract someone who likes who that person is!

6. If They Aren’t Marriage Material, Move On

Obviously, this will be dependent on time, age, and place in life, but for the most part, marriage is a side effect, not a goal. The goal is to find someone you enjoy being with and who feels the same way about you.

I hear many 20-somethings have sentiments like “Well, he’s not the type I want to marry, so I’m not going to go out with him even though he’s hot” or “I could never bring her home to Mom, so I’m just going to end it now.”

The problem is people are looking way too far down the line. Let me tell you a secret: the best, hottest, most spontaneous, sexiest, most fun, interesting, or challenging relationships are often not the longest. Meaning, each relationship teaches you about yourself, others, and the world and creates memories that last. These experiences and memories are what turn you into you — the you who has experienced a lot and learned about what you want out of life.

Instead of focusing on getting married, focus on finding someone whose company you enjoy and see where it goes. Photo source: WeddingsONline.in.

I’ve dated a myriad of people who I knew I would never marry, but I have such great memories of these people and they turned me into the person who wanted and earned my wife.

You can be discerning, but be careful not to wall yourself away from all experiences to wait for “The One.” Because “The One” might find you, but because of your too-narrow dating field, you won’t be “The One” for them.

With all the bad advice out there, I could continue this article for days. At the end of the day, be smart about any advice you take (including mine.)

Advice is a tool. Think of a hammer. Sometimes a hammer is the perfect tool for the job and works wonders. Other times, it will destroy what you’re trying to build and hurt you in the process. Bad advice, though, is like using a broken tool. It will never work, it will frustrate you, and it could end up hurting you a lot in the end.

If I could leave you with one final thought, it would be to follow the advice that feels right to you. However, if it hasn’t bettered you or helped you, perhaps it’s time to look for some new and better advice.

Hunt Ethridge is Chief Marketing Officer of LiveDatingAdvice.com, co-founder and senior partner at International Dating Coach Association (IDCA), and the senior coach at New York Dating Coach. You can follow him on Twitter (@huntforadvice )as well as his website www.HuntForAdvice.com.

At MatchVIP, it’s all about helping career-minded South Africans form long-term, rewarding relationships through a hands-on approach to matchmaking. The aim of the agency’s CEO, Shannon Davidoff, and her team is to be their clients’ best friends, take the stress out of the dating process, and make it the fun experience it should be.